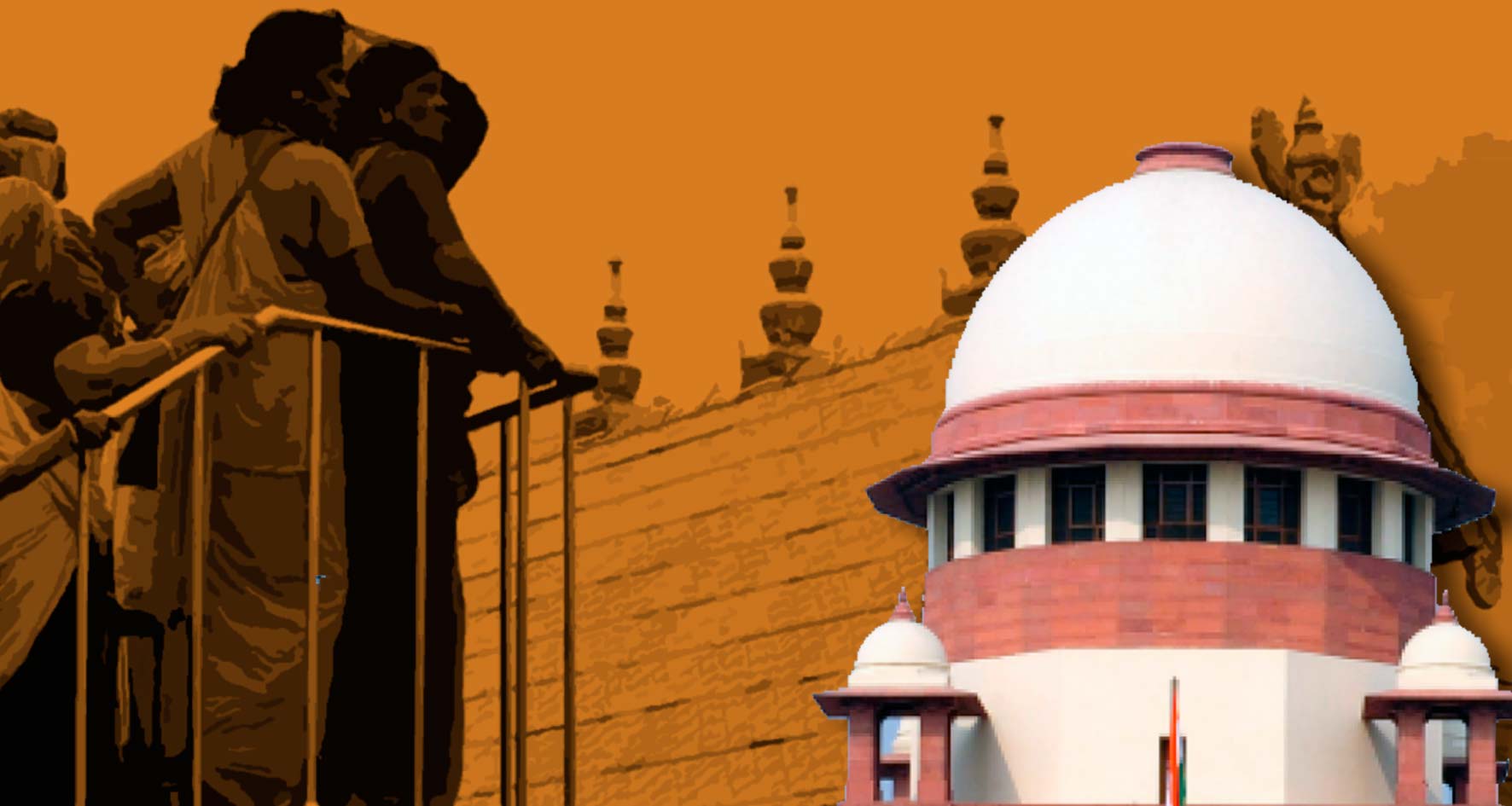 New Delhi, Sep 28 (PTI) The Supreme Court Friday paved the way for entry of women of all ages into the Ayyappa temple at Sabarimala in Kerala.

The five-judge constitution bench headed by Chief Justice Dipak Misra, in its 4:1 verdict, said that banning the entry of women into the shrine is gender discrimination and the practice violates rights of Hindu women.

The CJI said religion is a way of life basically to link life with divinity.

Justice Malhotra, the lone woman judge in the bench, passed a dissenting judgement and said that issues which have deep religious connotation should not be tinkered with to maintain secular atmosphere in the country.

She was of the view that it is not for courts to determine which religious practices are to be struck down except in issues of social evil like ‘Sati’.

Justice Malhotra said right to equality conflicts with right to worship of devotees of Lord Ayyappa.

She said the issue in this case not limited to Sabarimala only. It will have far reaching implications for other places of worships.

The court passed four sets of separate judgements on a clutch of pleas challenging ban on the entry of women of menstrual age in Kerala’s Sabrimala temple saying law and society are tasked with the task to act as levellers.

He said devotees of Lord Ayyappa do not constitute a separate denomination.

The CJI said practice of exclusion of women of 10-50 age group cannot be regarded as essential religious practice and Kerala law denies rights to women on ground of physiological reasons.

Justice Nariman said the Sabarimala temple custom barring women of 10-50 age is not backed by Article 25 and 26 of the Constitution.

Custom of barring women is violative of Article 25 (Clause 1) and Rule 3(b) of Kerala Hindu Places of Public Worship (authorisation of entry) Rules, 1965 is struck down by Justice Nariman.

Justice Chandrachud said religion cannot be used as cover to deny rights of worship to women and it is also against human dignity.

He said prohibition on women is due to non-religious reasons and it is a grim shadow of discrimination going on for centuries.

Devotees of lord Ayyappa do not form separate religious denominations, Justice Chandrachud said and added that any custom or religious practice if violates dignity of women by denying them entry due to her physiology is unconstitutional.

He said the popular notion about morality can be offensive to dignity of others and exclusion of women because she menstruates is utterly unconstitutional.

Justice Chandrachud held that exclusion of women is violative of right to liberty, dignity and equality and said nanning women of a particular age group is not essential practice of religion.

Justice Malhotra said notions of rationality cannot be brought into matters of religion and India has diverse religious practices and constitutional morality would allow anyone to profess a religion they believe.