(Additional information on the lesson-2,
class 9th social science one) 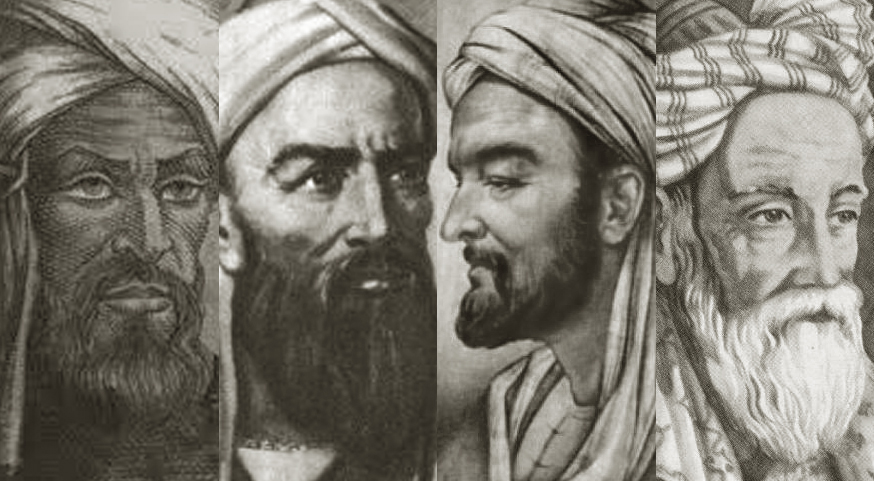 AL-KHWARIZMI
(780 CE-850CE) ALGEBRA
One of the most significant advances made by Arabic mathematics began at this time with the work of Al-Khwarizmi, namely the beginning of algebra. It is very important to understand just how significant this new idea was.

AWAY FROM
THE GREEK CONCEPT
OF MATHEMATICS
It was a revolutionary move away from the Greek concept of mathematics which was essentially geometry. The study of algebra, which itself is derived from the Arabic word meaning completion or ‘reunion of broken parts’. Al-Khwarizmi is, along with the Greek mathematician Diophantus, known as the father of algebra. In his book ‘The Compendious Book on Calculation by completion and Balancing’ Al-Khwarizmi deals with ways to solve for the positive roots of first and second degree (linear and quadratic) polynomial equations. He also introduces the method of reduction, and unlike Diophantus, gives general solutions for the equations he deals with.

ALGEBRAIC OBJECTS
Algebra was a unifying theory which allowed rational numbers, irrational numbers, geometrical magnitudes, etc; to all be treated as ‘algebraic objects’. It gave mathematics a whole new development path so much broader in concept to that which had existed before, and gave a vehicle for future development of the subject. Several other mathematicians during this time expanded on the algebra of Al-Khwarizmi.

ZERO
The number 0 (zero) fulfills a central role in mathematics as the additive identity of the integers, real numbers and many algebraic structures. In 813 CE, astronomical tables were prepared by Al-Khwarizmi, using Hindu numerals, and about 825, he published a book synthesizing Greek and Hindu knowledge and also contained his own contribution to mathematics including an explanation of the use of zero. This book was later translated into Latin in the 12th century under the title ‘Algoritmi de numero Indorum’. This means ‘Al-Khwarizmi on the numerals of the Indians’. The word ‘Algoritmi’ was the translator’s Latinization of Al-Khwarizmi’s name.

SIFR……A LITTLE CIRCLE
Al-Khwarizmi, in 976 stated that if no numbers appears in the place of tens in a calculation, a little circle should be used to keep the rows. This circle was called ‘sifr’.

ARABIC NUMERALS
IN EUROPE
The Hindu-Arabic numeral system reached Europe in the 11th century through Spanish Muslims. For this reason, the numerals came to be known in Europe as ‘Arabic numerals’.

OMAR KHAYYAM
(1048CE- 1131CE)
Omar Khayyam was a Persian mathematician, astronomer, philosopher and poet, who is widely considered to be one of the most influential scientists of the middle ages. He wrote numerous treatises on mechanics, geography, mineralogy and astronomy.

IBN SINA (AVICENNA)
(980 CE- 1037 CE)
Ibn Sina (Avicenna) was a Persian Polymath who is regarded as one of the most significant thinkers and writers of the Islamic golden age. Of the 450 works he is known to have written, around 240 have survived, including 150 on philosophy and 40 on medicine. Besides philosophy and medicine, Avicenna’s corpus includes writings on astronomy, alchemy, geography, psychology, logic, mathematics, physics, poetry, etc.

MUHAMMAD IBN
ZAKARIYA AL-RAZI
(854 CE-925CE)
Muhammad Ibn Zakariya al-Razi was a Persian polymath, physician, alchemist, philosopher and important figure in the history of medicine. A comprehensive thinker, Razi made fundamental nd enduring contributions to various fields, which he recorded in over 200 manuscripts, and its particularly remembered for numerous advances in medicine through his observations and discoveries. An early proponent of experimental medicine, he became a successful doctor, and served as chief physician of Baghdad and Rey hospitals.

FERDOWSI
(940 CE-1020 CE)
SHAHNAMEH….. THE LONGEST EPIC OF THE WORLD BY A SINGLE POET.
Ferdowsi was a Persian poet and the author of ‘Shahnameh’, which is the world’s longest epic poem created by a single poet and the national epic of Iran. Ferdowsi is celebrated as the most influential figure in Persian literature and one of the greatest writers in the history of literature.

AL-BIRUNI (973CE- 1048CE)
Al-Biruni is regarded as one of the greatest scholars of the medieval era and was well versed in physics, mathematics, astronomy and natural sciences, and also distinguished himself as a historian, chronologist and linguist. He was conversant in Sanskrit, Arabic, Persian, etc and also knew Greek, Hebrew and Syriac.

TARITH AL-HIND
(HISTORY OF INDIA)
In 1017 Al-Biruni travelled to the Indian sub-continent and authored ‘Tarith Al-Hind’ (History of India) after exploring the Hindu faith practiced in India. He was an important writer on customs and creeds of various nations, and was given the title ‘Al-Ustadh’ (The Master) for his remarkable description of early eleventh century India.

ARISTOTLE…
RETRANSLATIONS
FROM ARABIC
From the 11th to 13th centuries, medieval Europe absorbed knowledge from Islamic Civilization, which was then at its cultural peak. Of particular importance was the rediscovery of some ancient classic texts, most notably the work of the Greek natural philosopher Aristotle, through retranslations from Arabic. Also of note is the reception of advances in astronomy and mathematics made in the Islamic world during the 10th century, such as the development of the astrolabe.