Cop dies after arrested man attacks him in MP 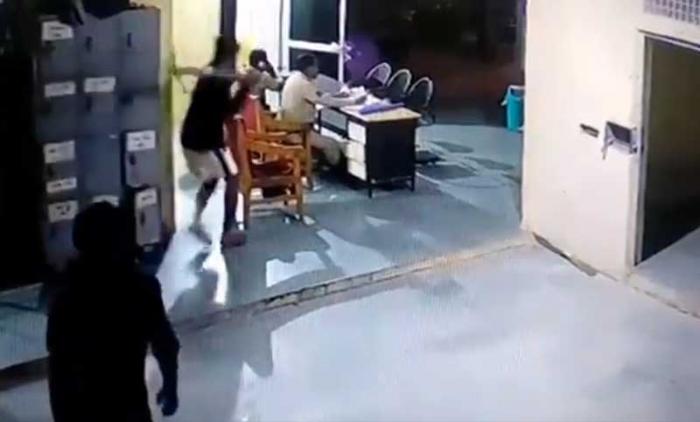 Bhind (MP), Sep 12 (PTI) A 50-year-old head constable died Wednesday after he was allegedly attacked by an arrested person in an escape bid at a police station here in Madhya Pradesh, an official said.

Chief Minister Shivraj Singh Chouhan announced a compensation of Rs 1 crore to the kin of the deceased.

The accused, Vishnu Rajawat (25), attacked two policemen with a pick-axe at the Umri police station Sunday evening in a bid to escape from custody, Superintendent of Police Rudolf Alvares said.

A construction work was underway at the police station, located around 10 km from the district headquarters, and the accused used a pick-axe lying there to attack the two policemen, he said.

Babu received a head injury in the attack, he said.

“Rajawat and his friend Mansingh (20) were arrested on charges of disturbing peace in the area. Both the accused had created ruckus in an inebriated state at a local market Sunday evening,” Additional Superintendent of Police Gurukaram Singh said.

After the arrest, the accused were made to sit outside the lock-up, he said.

The entire incident was captured in a CCTV camera installed at the police station.

The purported video grab showed the man armed with the pick-axe moving quietly towards the policemen sitting on chairs, who were unaware of the movement, from behind.

Rajawat hit one of the policemen who collapsed on the spot. He then hit the other the policeman, who tried to raise his hand to defend himself but could not avoid the blow.

As Rajawat and the other arrested man tried to escape, they were caught by some policemen who were entering the premises at that time, Singh said.

Meanwhile, the chief minister announced a compensation of Rs 1 crore to the family of the head constable.

Chouhan said the deceased would be granted the status of a martyr and his kin would be given a government job.