She  is yet to receive Rs. five lakh that she paid for admission 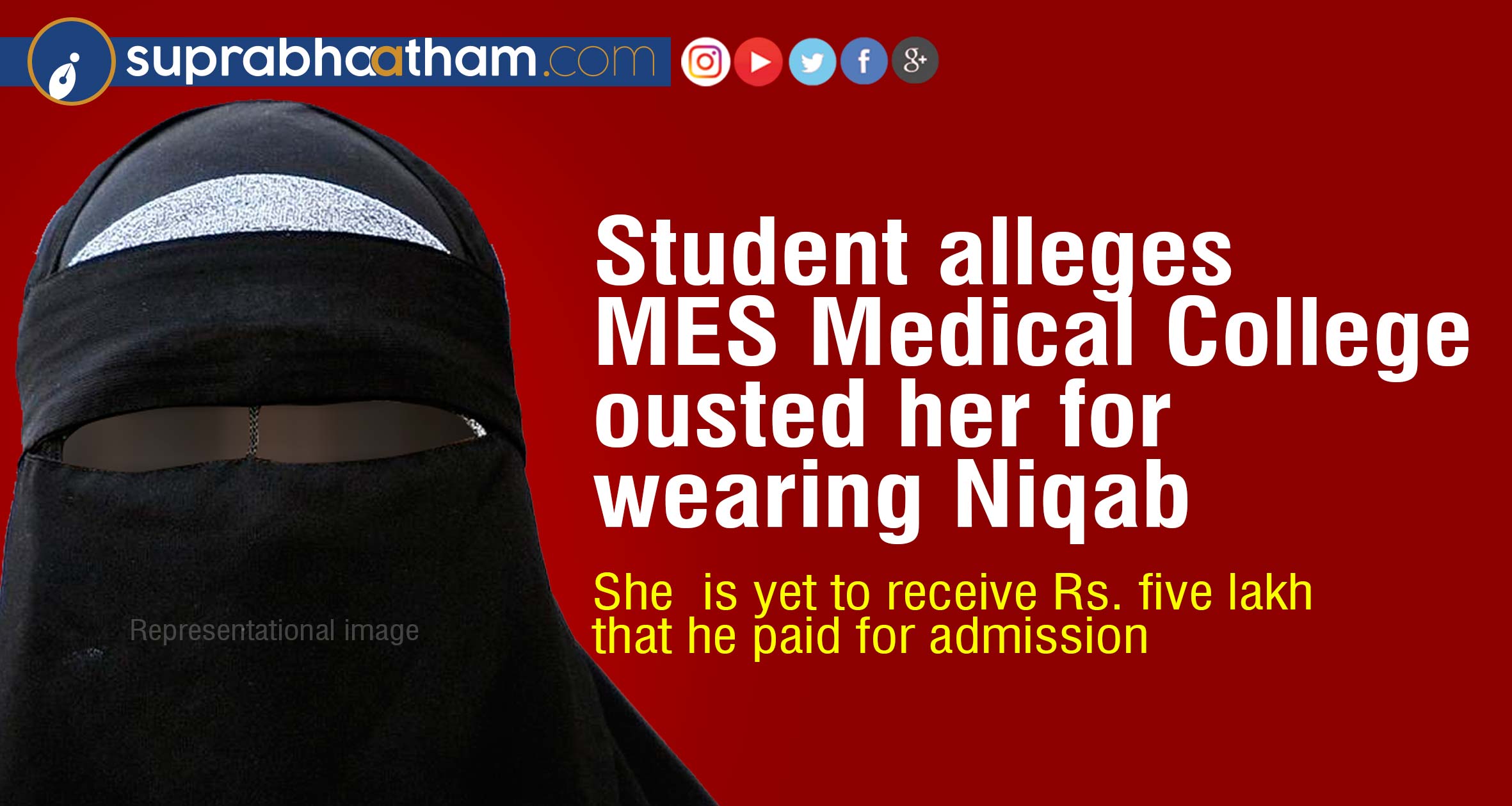 Amid the raising rage over the controversial stand of Muslim Educational Society (MES) on Niqab, a student from Malappuram district has come up with fresh allegation against MES management. Swafa Maryam K.P from Perinthalmanna in the district, has alleged that she was ousted from MES Medical College, functioning at Malaparamba in Malappuram after she wanted to wear veil (Niqab) in the campus. Safa Mariya got admission in the medical college last year and she was ousted after she refused to follow the dress code that banned wearing veil.

Dr. Syed Junaid Thangal, husband of the girl, told Suprabhaatham that his wife was ousted for the lone reason that she wanted to wear veil. ‘She was ousted even though she agreed to raise the veil in theory classes. She was told to leave the college after admission and orientation session were completed,’ Syed Junaid said. 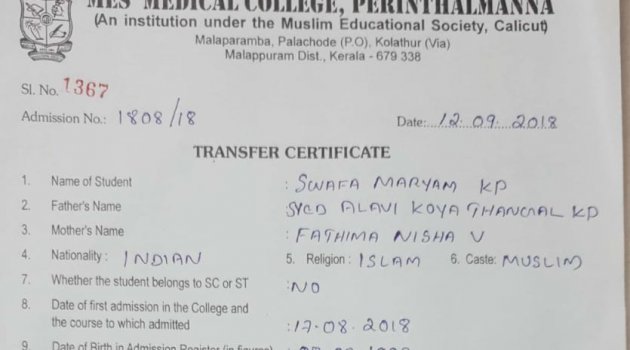 He added that MES Management ousted college registrar Dr. Jamal for allowing admission to his wife and said he is yet to get back the fee that he remitted in the college for admission. She  is yet to receive Rs. five lakh that she paid for admission and other proceedings.

He alleged that his wife underwent insult. she entered the college wearing Hijab. 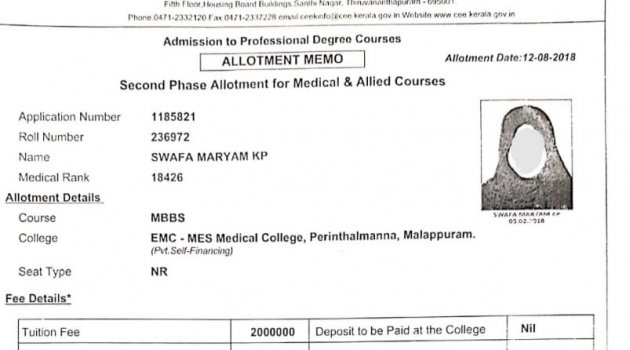 Junaid alleged his wife lost three years due to reluctance of MES to ensure her freedom to wear dress of her choice and asked why the management admitted her wife if the medical college doesn’t allow Hijab inside the campus.

He said his wife is following Hijab as per her own choice. 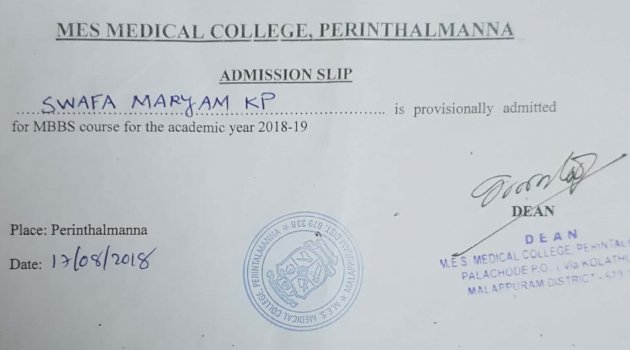 In first allotment, she was given admission in Malabar Medical College in Kozhikode district and she opted MES Medical College where she got admission in second allotment. “She opted MES citing it located near her house and further, it’s run by Muslim management. But, fate had a different plan,” Syed Junaid said. He added his wife could have completed the course if she joined MMC.

According to Junaid, the action by MES has left Swafa Maryam K. P depressed. Swafa, who remains at home, is least interested in carrying her higher education.