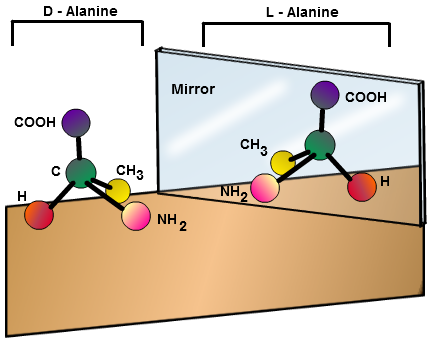 An ore is a special type of rock that contains a large enough amount of a particular mineral to make it economically practical to extract that mineral from the surrounding rock. Not all minerals are found in a large enough amount in one location to make it worth it to remove the ore from the rock The ores are extracted from the earth through mining. The richness of ores can be vastly different, depending on the minerals and elements involved. Some ores form from the cooling and crystallization of minerals within magmas, lavas, or igneous intrusions. Metal ores are generally oxides, sulfides, silicates, Nickel, copper, and iron ores are typically formed from magmatic or volcanic related deposits. Rare earth element ores and also some diamonds are part of the carbonate alkaline group. Metamorphic ores often contain lead, zinc, and silver, as well as some iron oxides.

Roasting is the process in which the ore is heated below its melting point in presence of air to oxidise the impurities. eg: carbon, sulphur etc removed as their gaseous oxides.

Flux is the substance added to to molten metals to bond with impurities that can be readily removed. Fluxes are similarly used during the refining of metals .Slag is the waste material which is removed.

The electrolysis of pure alumina involves two difficulties .first is Pure alumina is a bad conductor of electricity and second The fusion temperature of pure alumina is about 2000oC and at this temperature when the electrolysis is carried of fused mass, the metal formed vapourises. Aluminium oxide (sometimes known as alumina) is made by heating the aluminium hydroxide to a temperature of about 1100 – 1200°C. The aluminium oxide is electrolysed in solution in molten cryolite, Na3AlF6. Cryolite is another aluminium ore, but is rare and expensive, and most is now made chemically.The electrolysis is carried out in an iron box lined inside with gas carbon which acts as cathode. The anode consists of carbon rods dipped in the fused mixture of the electrolyte. The fused electrolyte is covered with a layer of coke.The current passed through of cell is used in heating of the electrolyte, electrolysis. On passing current aluminum is discharged at cathode.. Oxygen is liberated at anode. It attacks carbon rods forming CO and CO2.

The raw materials used to produce pig iron in a blast furnace are iron ore, coke, and limestone. Iron ores are mainly iron oxides and include magnetite, hematite, limonite, and many other rocks. Coke is a substance made by heating coal until it becomes almost pure carbon. Limestone occurs naturally and is a source of calcium carbonate .In Extraction of iron the ore is blended with other ore and goes to the blast furnace. A blast furnace is a tower-shaped structure, made of steel, and lined with refractory, or heat-resistant bricks. The melted iron sinks to the bottom of the furnace. The limestone combines with the rock and other impurities in the ore to form a slag which is lighter than the iron and floats on top. The iron and slag are drawn off separately from the bottom of the furnace. The melted iron might go to a further alloying process, or might be cast into ingots called pigs. The slag is carried away for disposal.

Hydrocarbons which contain only single bonds are called alkanes. This gives them a general formula CnH2n+2.Alkanes are chemical compounds that play a very important role in our lives. Alkane derivatives are used in hundreds of products such as plastics, paints, drugs, cosmetics, detergents.etc. The alkanes are highly combustible and are valuable as clean fuels, burning to form water and carbon dioxide. Methane, ethane, propane and butane are gases and used directly as fuels
Alkenes are a family of hydrocarbons containing a carbon-carbon double bond. Alkenes are unsaturated hydrocarbons. They are hydrocarbons because they are made of only carbon and hydrogen atoms, and they are unsaturated because they have one or more double bonds in their chemical structure. Simple alkenes, like ethene and propene.

Alkynes are hydrocarbons, which are organic chemical compounds containing carbon (C) and hydrogen (H) atoms, and the feature that makes them recognized as alkynes is the presence of triple bonds. In general, alkynes are in gaseous form and they are soluble in organic solvents, like benzene and acetone.

Hydroxyl groups are a class of organic functional groups. Each hydroxyl group that characterizes our alcohols is composed of one oxygen atom singly bonded to a hydrogen atom. This can be represented as -OH or HO- when the compound is drawn or written out.

Chain isomers have same molecular formula but differ in the order in which C-atoms are bonded to each other or type of molecular isomerism seen in carbon compounds; as the number of carbon atoms in the molecule increases, the linkage between the atoms may be a straight chain or branched chains producing isomers that differ from each other by possessing different carbon skeletons.

This type of isomerism is due to the unequal distribution of carbon atoms on either side of functional group. This Compounds having the same molecular formula but different number of carbon atoms ( alkyl groups) on either side of functional group ( i.e., -O-,-S-, -NH-, -C(=O)-) are called metamers and the phenomenon is called metamerism. metamerism occurs amongst the members of the same homologus family

It is a special type of functional isomerism in which the isomers are in dynamic equilibrium with each other. Tautomers are isomers of a compound which differ only in the position of the protons and electrons. The carbon skeleton of the compound is unchanged. A reaction which involves simple proton transfer in an intramolecular fashion is called a tautomerism.

Stereoisomers have identical molecular formulas and arrangements of atoms. They differ from each other only in the spatial orientation of groups in the molecule. The simplest forms of stereoisomers are cis and trans isomers. Butene, C 4H 8, exists in both cis and trans forms.

A substitution reaction is a reaction between molecules where an atom (or a group of atoms) replaces a current atom in the original molecule. A addition reaction occurs when atoms are added to a compound containing a double or triple bond. Think of an addition reaction as two different reactants combined in a large single product that contains all the elements present in the individual reactants.

A polymer is a long molecule consisting of many identical or similar building blocks linked by covalent bonds – like how a train consists of a chain of cars. Most large molecules, or macromolecules, are polymers. Polymerization is the process of connecting these monomers together and creating large macromolecules of different sizes and shapes .Polymerization reactions are the set of chemical reactions in which an initiator or hardener monomer active other monomer starting a chain reaction which forms the polymer.

Thermal cracking is a process in which hydrocarbons such as crude oil are subjected to high heat and temperature to break the molecular bonds and reduce the molecular weight of the substance being cracked. In the thermal cracking process, the heavier crude oil molecules that need to be cracked are subjected to high heat and pressure in the oil refinery. Sometimes a catalyst is added to control the chemical reactions which occur during the process.