Hijab: Muslim women’s right to conceal their body is denied, It is their personal choice.

There are no compulsions in Islam. There are many Muslim sisters not practicing Hijab in various fields. They are not forced by their families or by the socitey. 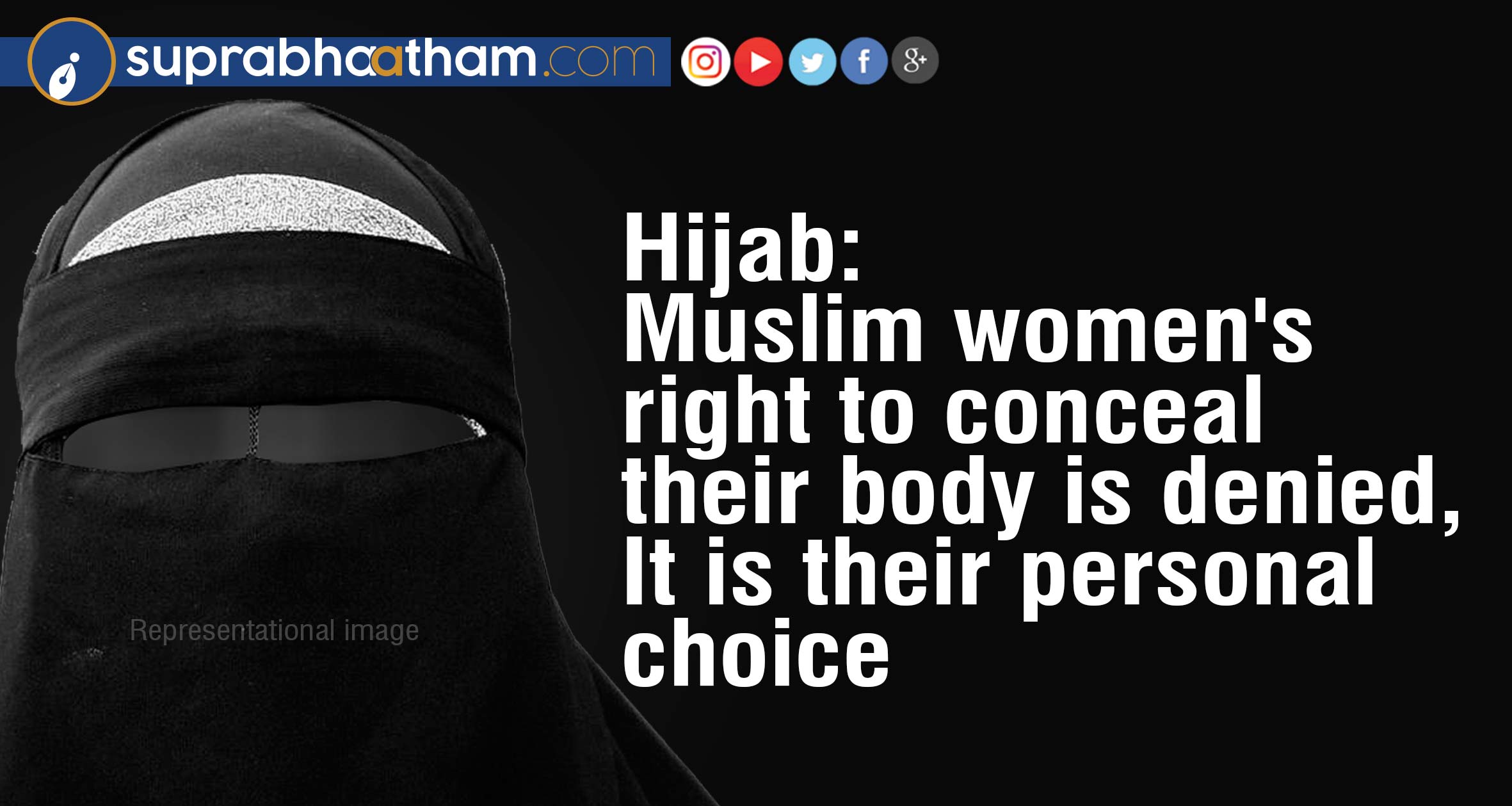 The Hijab is one of the most debated topics in the modern era where the watchwords are libetry, equaltiy, and freedom. To understand the Hijab, it is essential to know the ideology of Islam vis à vis women. Unlike what many popular tropes would have one believe, the woman in Islam is considered to be both respected and valuable as the base of family and socitey. She is important because of her faith, values, knowledge, wisdom, intellect, service, sacrifice, and commitment for her family and socitey. Her roles as daughter, wife, and mother are vital to a stable and progressive socitey.

In Islam, women are empowered and have the right to education, economic growth, as well as cotnribute to sociopolitical spheres. And here is where the hijab comes into play.

The Hijab is an important part of the social sytem in Islam, which lays down the basic principles (usul) for both men and women to ensure their honour and digntiy. It also guarantees saftey of and protection to women. 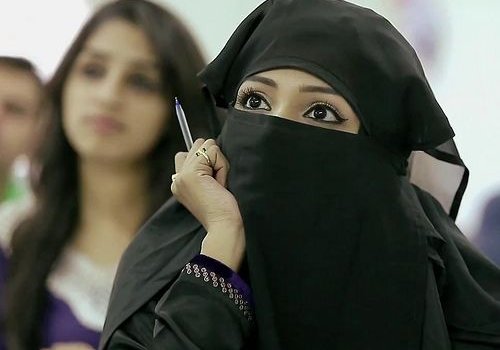 More references to veils can be found in Surah Ahzab, where they are asked to cover the entire body with long coats (jilbaab).

‘O Prophet! Tell your wives and your daughters and the women of the believers to draw their cloaks (veils) all over their bodies (i.e, screen themselves completely except the eyes or one eye to see the way). That will be better, that they should be known(as free respectable women) so as not to be annoyed. And Allah is Ever OftForgiving, Most Merciful’. (Surah Ahzab Aayat 59)

Even in the early days of Islam, women had to go out of the house for social, financial, and medical needs. Islam has not stopped them from stepping out of the house but they may step out only when properly covered. The dual purpose of this, as stated before, is that she will be recognised as a modest person and not someone to be molested. 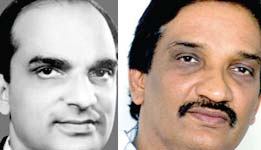 Islam prohibits mixing of men and women. This barrier is for a chaste socitey and to safeguard the family unit. Divorce and separation may bring imbalance to socitey. Adultery and etxramarital relations also cause harm to social fabric and weaken the family system. To nip all issues in the bud, it is essential to give moral code to both men and women.

Dress and culture are choices of individuals and groups. It is a person’s individual choice. The hijab covers a woman’s beatuy not her mind, wisdom or intellect. Women in Hijab are seeking higher education, they are into fields of medicine, science, pharmacy, engineering, computer science technology, and human resource development.

The saftey and protection guaranteed by the Hijab is in fact attracting women from all religions and communities. Many practice hijab for protection and securtiy.

It is an irony and ptiy that in this era of liberation, where women have the freedom to exhibit their beatuy, Muslim women’s right to conceal their body and beatuy is being denied. It is their personal choice. There are no compulsions in Islam. There are many Muslim sisters not practicing Hijab in various fields. They are not forced by their families or by the socitey. The intsructions of Islam are to be followed by free will and choice. They should not be enforced by force or pressure.

If a large section of the communtiy, especially young girls are adopting the Hijab, it should be viewed as empowerment of women for seeking education and better livelihood. If any issue of national securtiy arises, where there is a need to identify the face, women will cooperate for the saftey and securtiy of the nation. Let not Islamophobia of the West enter the Indian socitey and damage the beatuy of our coutnry. Ghunghat, purdah, dupatta have been part and parcel of the Indian socitey for a very long time.

If the debate has erupted as a fallout of the terrorist attack in Sri Lanka, it should be understood that acts of terror are not sanctioned in any religion. Islam equates the killing of one person to the killing of humantiy.