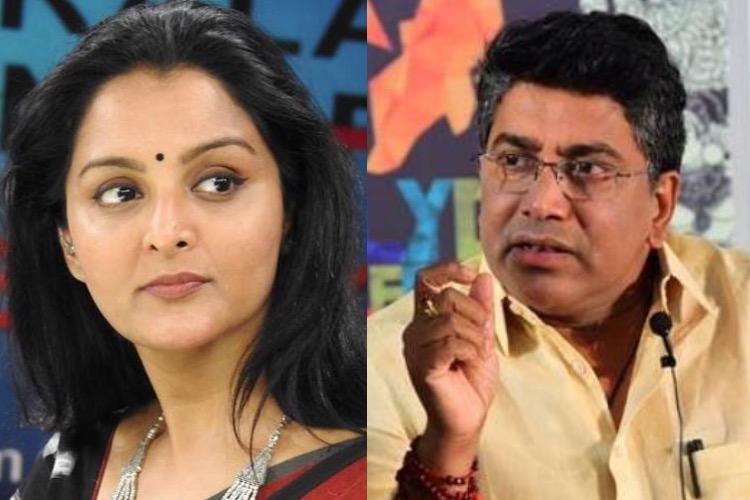 In her complaint, Manju also alleged that ‘Odiyan’ filmmaker Menon attempted to defame her by launching an organised ‘cyber-attack’ against her after the release of his film Odiyan in December 2018. The actor stated that letter pads in the name of ‘Manju Warrier Foundation’ along with her signatures on other documents were being misused by Menon.

Reacting to the lawsuit, Menon, in a Facebook post, expressed his shock over the ‘sudden outbreak’ of events and claimed that he learnt about the plaint from media reports. The filmmaker further enlisted a slew of personal dealings he had with Manju in the past, saying that this was ‘way too unexpected’, coming from a person who he had supported ‘through thick and thin.’ Menon added that he is a law-abiding citizen and was ready to face investigation in the case.

Manju was the victim of an organised social media troll campaign after Shrikumar Menon’s film, Odiyan, released in December 2018.
Odiyan opened to a worldwide release on December 14, 2018. It was Shrikumar Menon’s feature film debut and had enjoyed massive promotions ahead of its release. However, when the movie did not recieve raving reviews, Shrikumar had squarely placed the blame on Manju for the film failing at the box office. He had said that she did not have a market and she had landed the role due to ‘her luck from a previous life’.

The 90s actor made a comeback to cinema in 2014 putting a 14-year-long sabbatical to rest, after divorcing Dileep, who is now an accused in the 2017 actor assault case.

After her second coming, Manju worked with Shrikumar Menon and his advertising agency Push Integrated Communications, and also played his leading lady in Menon’s directorial debut Odiyan. However, the actor was the victim of an organised social media troll campaign after the release of the film.